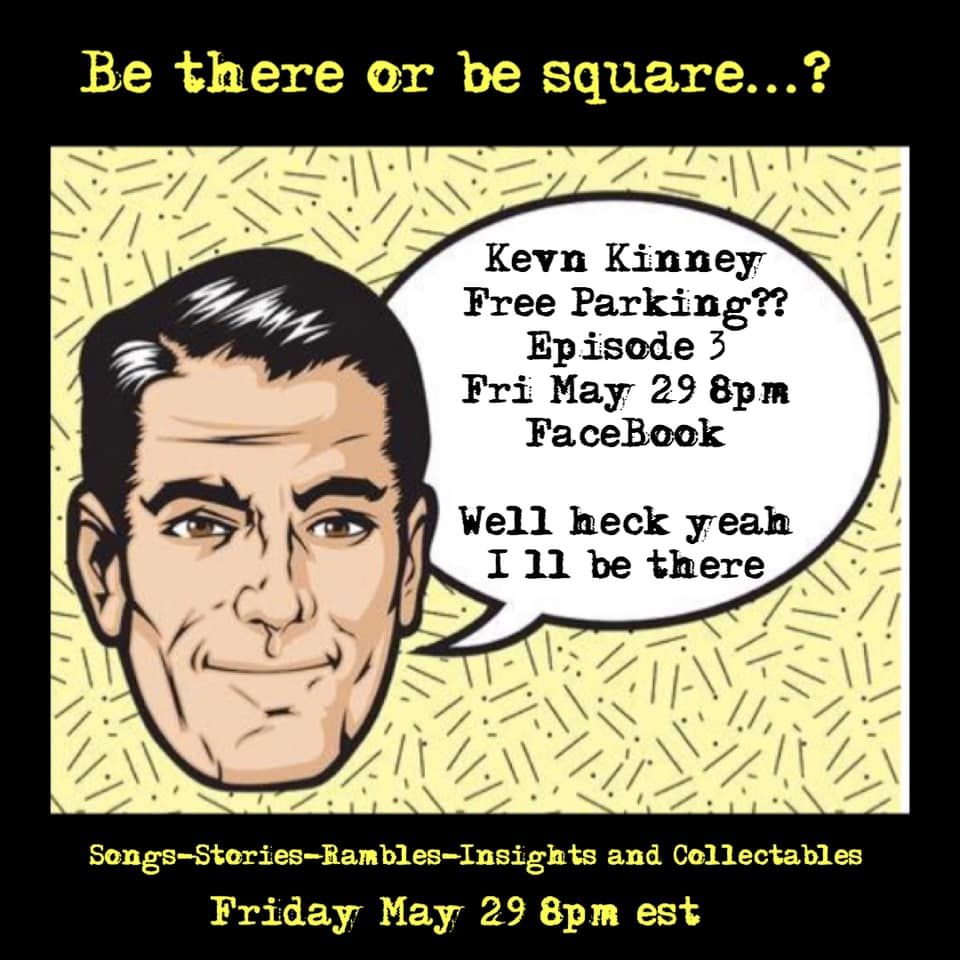 We will dive into his relationship with music, learn how he stays creative, and what song he’s loving right now.

This is Kevn Kinney…

During our interview I got a peek into Kinney’s creative space aka his attic. The walls are adorn with paintings and sketches he’s completed during the quarantine. However, he will tell you that the true artist within their home is his wife, Anna. She even makes an appearance during our Zoom chat to bring Kinney drinks, a coffee and a gin and tonic.

Drawing hasn’t been the only activity that has occupied Kinney’s time. He’s been hosting a Facebook live show, Free Parking. The best part is that an episode is airing tonight night at 8pm. A teaser…he’s going to share a story about his time hanging with David Bowie.

The interview is plethora of topics including an impromptu serenade, Tupac’s song “California Love”, and the infamous Charleston radio station, 96Wave.

Thank you to Kevn Kinney and his team for this interview.
This was a good one. 🙂